skip to main | skip to sidebar

Feast your eyes on this slob from http://boston.craigslist.org

Looking to hand out tonight - 33 (Cambridge/Somerville) 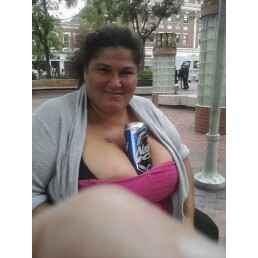 I am a thick female, who speaks my mind. so take me as i am or fly bye. i am Puerto Rican, white and back. i am 33 year's old. i maybe a thick chick but i keep it 100 % i am not about game's and do not have time for game's. i am looking for someone that want's to chill out tonight. i do not drive. so i hope that is not a problem with that. wall here are some pic's pic's of me. wall if you like what you see get at me. 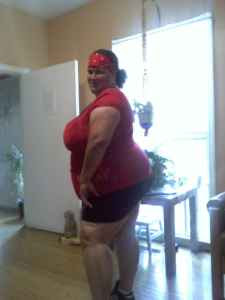 Interview coming soon...
Posted by Jimmy Flynn at 11:32 AM No comments:

REFLECTIONS ON IMPERFECTIONS #2 OUT SOON 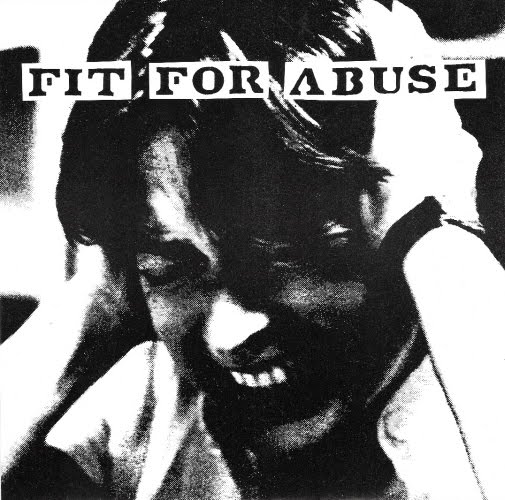 Sneak Peak with Matt Kelly of Fit For Abuse, Dive, Get High, Hatchetface, Hammer and the Nails, and The Chopsticks..

I picture Club 490 shows in the 90's exactly like the Dive reunion a few years ago in the sense that people moshed with Bruins jerseys on. Am I completely wrong or spot on? If I am wrong like I'm sure that I am, what were they like? i know thats such a vague question.


*** It is true, they did. There was a gig on March 13, 1991 featuring Only Living Witness(Kevin Stevenson era thrashy stuff), Democracide, and Common Sense(me and Rheault's pre-Dive band). Because the singer of Democracide had a Bruins jersey on, our bass player No Dice said something to the effect of, "Oh, major yo! Democracide are the friggin' Bruins Masters!!" So from then on they were the Bruins masters until I had a Bruins snare drum made, which(much to their chagrin I'm sure) dethroned Democracide as said Bruins Masters. Either way, from my perspective it seemed the Hardcore/Bruins diaspora was pretty big back then with Slapshot in full swing and all that.

490 "pits" were as some 'zine writer wrote, "like stumbling into a swordfight"-- and I believe he meant literally as this was before the time that anything vaguely masculine was considered latently homoerotic. The shows were pretty fucking intense then. You'd have 440(capacity) kids in there going completely fucking apeshit to local bands like Bound, Dive, etc. Lotta "frantic fringe", metalheads playing air guitar, drums, etc., behind the pit area, and we took great joy in pummeling those dudes, as there was a pretty big divide between the "heavy metal" dudes and the HC kids/punks/skinheads. We got along with the death/black metal kids, but the "fresh fly muthas" as we called them would just get in there and start doing that thing that looks like a little kid playing with toy dumptrucks where he just bashes them together(we literally called this push-pit "playing trucks"). So you just grabbed the kid by the hair and started bashing him. Nine out of ten times, the dudes loved it. "Doood, I fuckin' love PITTIN'!" ***

*** He needs a backup bass and is probably really bummed that those Lovely Lads shirts have the word "firm" on them. However, on an unrelated note, he has good taste in jackets. ***

Other than MK's Fit For A Moo Shu, what is your favorite dish at Chopstick Murphys?
*** I think #17(Thai Must They/Peking Crew) is delicious. ***
Did Matt Duffy ever book FFA?


***Yeah, he threw a time in his Fitchburg apartment, and we played the basement... though I can't remember what other bands played-- maybe Entropy? That was probably late '95ish, possibly during the heyday of his 'radio show'. ***


Did you ever play The Channel in any of your various rock music acts?

*** No, though I went to a lot of shows there. It fucking kills me that it's not still there. It was definitely hated by a lot of people, but then as soon as it was gone everybody missed it. Boston needs more steady all ages clubs.


I remember one time at bandcamp, um, the Channel when Choke still had the hockey stick onstage, but didn't really wield it anymore. This death/black metal dude from Fitchburg jumps up onstage during Slappy, grabs the hockey stick, furiously swings it around like a major frantic fringeman, and jumps off the stage. I thought Choke was gonna cave his head in. Yeah, good story...pffffftttt... ***

What's the shortest amount of time you have witnessed Sean Holland visit Boston for a small bar rock show?

Questions I've been thinking about in the past ten minutes?

-What does the the "A" in A. Sherod Blakely's name stand for?
-How many Euro's has Paul Pierce played with?
-Is claiming someone you have a crush on so that your friends don't make a move on them an honorable thing to do even if you're too much of a pussy to make a move?
-Do photocopies look good on magenta paper?
-Do you love watching the Celtics wear their home white jerseys, but you would rather wear an away green jersey?
-Would you rather talk about how nice the weather is or how crazy Charlie Sheen is?
-Are you sick of people in denial that say "All Skrewed Up" isn't a racist record but then they get drunk and sing songs from the racist records?
-Are cock blocking friends worse than friends that cheat with your girlfriend behind you back?
-Would you throw a rock at the fortress lock while wearing a sock or hit a jock with a rock in a sock?
-Is being in an awkward situation with a girl better than having no situation with a girl?
-What is Judge Ito doing these days?
-Should I listen to the Hammer & the Nails 12" while hanging out with Hannah Neale?
-Is Kendrick Perkins really missed on the court?
-How cool is Pearse?
-Do I have A.D.D.?
-Do I?

Please reply with your answers...
-
Posted by Jimmy Flynn at 4:38 PM 3 comments:

Tonight I was walking through my old neighborhood of Allston, MA on my way to go put myself in an awkward situation with a girl. That doesn't really make me much of a unique person because I'm a fan of punk rock music and the sub culture thing. Chances are that if you grow up around Boston and are a fan on those things and girls you will probably have one of those situations. It probably won't even be awkward but I hope it is. Thats another story for another time though. So anyway, the walk here got me to thinking about how many times I have walked by these dogs on Harvard Ave. in my lifetime. 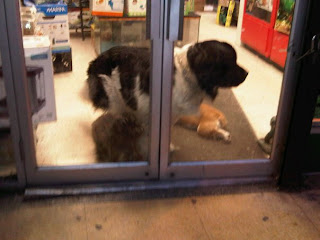 They are always sitting at the door at The Pet Shop and seem to live a pretty decent life. My favorite is the Saint Bernard but I wish he had one of those jugs around his neck like in cartoons and real life. He also doesn't remind me Beethoven in case you were wondering. My favorite time seeing these dogs was with Jarrod Shanahan of Deathpanel Press. He opened the door and proclaimed "I hear animals in there Ventura." That probably makes no sense to anyone who hasn't seen Ace Ventura. So if you havn't seen the film I highly suggest getting Netflix(They have a good deal where the first month is free.)

Let's fast forward 6 or so years to this upcoming Saturday. Jarrod has moved to Brooklyn and I relocated even less far away to Somerville. Our friendship has thrived this way. Gone are the days of being competing with eachother, fighting over girl's honor, and partying on Gardner St. 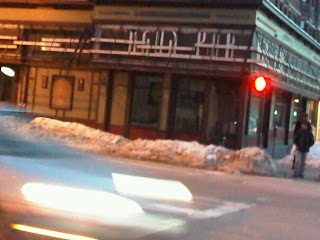 Back in the 2000's when I used to live in Allston,
this was a Pizzareia Uno and apparently something called Agua Pub.
Now, much like Bradlees and Magic Johnson's health concerns, it no longer exists.

To get to my overall point.. this upcoming Saturday Jarrod and I will have our respective zines (and the painkiller distro with bayer, tylenol, advil, etc) on display at this:

Credit: Pat Whittle for this

When Reggie was drafted it seemed like a dream, so privileged he felt to play for this team

He learned from the greatest, Larry, DJ, Robert, Kevin and Danny

to work and prepare, proud to pass on their lessons to share

He played for the best and most knowledgeable fans

The baton passed from Larry into Reggie's skilled hands

He'll share this banner with those who came before, those grand Celtic legends of fame and of lore
To win was the goal he shared with you

That his death would come soon, none of us knew

His career and life was no mystery

He was honored to wear the Celtics green

Those close knew he kept himself clean,
Though rumors now surround his death, he cared too much for basketball to risk his health

Character is one thing that never dies

With 'Nique, Dee, M.L., Paul and the rest of the team, a new era has begun to carry on the dream
The incomparable patriarch has shared the lessons of years past

Let's hope in the future, Red's wisdom will last

From all those who loved Reggie but especially me always believe what your own eyes see.
Posted by Jimmy Flynn at 7:57 AM No comments: 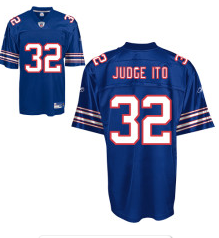 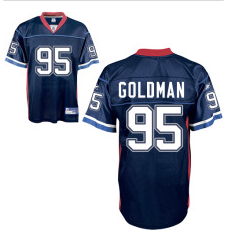 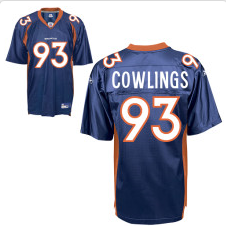 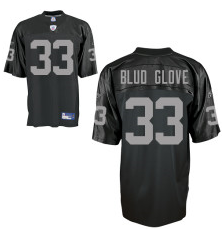 Featuring:
PEARSE MCGRATH (Rival Mob) "What's Happenin'?" Q&A Press Conference- aka Pearse Conference 2011. Pearse will be taking questions on a variety of serious topics such as the ten day long car jam in China, Wollaston is the late 90’s, and why he has an unhealthy hatred for Jeff Goldblum and Robin Williams.
*Possible guest appearance by Evan Radigan.

CHOPSTICK MURPHYS PUBLIC BUSINESS MEETING – Have you ever wanted to be a fly on the wall during a CSM business meeting? Now is your chance to experience the life of a wealthy group of investors. People are encouraged to suggest new possible Irish/Asian dishes the restaurant can offer in the new year.


Plus so much more insanity as we think stuff up... 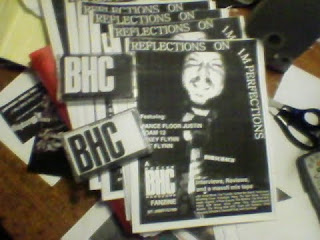 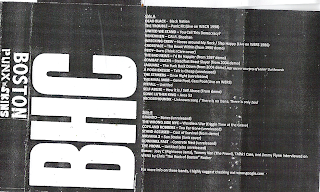 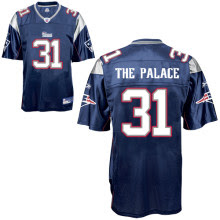 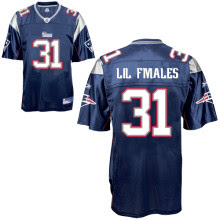 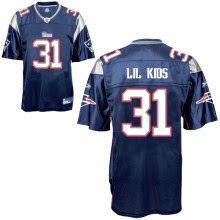 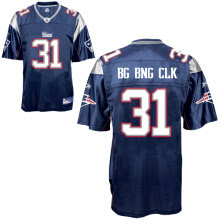 FANZINE OUT ON DECEMBER 3 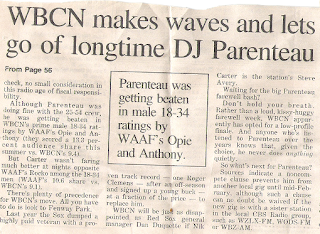 Last Night was one of the most boring nights in history of ever so I decided to take a late night walk with my Ipod. I was listening to Winchendon, MA's So Be It when I strolled into a sick and twisted neighborhood called Kosherland. The best way this place is that it is an East coast version of Candy Land (Much like Cambridge is to Berkeley). Here are some pictures I was able to capture with my phone of Kosherland's most famous landmarks and eateries.

Posted by Jimmy Flynn at 8:36 AM No comments:

They should be available within the next few weeks at the GZ proshop. Mail order information will be available as soon as I learn all the details.
Also: My roommate Peter Luther King and I were just watching TNT's broadcast of the latest Celtics victory over the Heat and an advertisement for The Huffington Post came on. I was immediately won over by the advertisement and checked out their website. Not a bad site at all. I came across this one columnist/blogger named Katherine Marshall....

As you can clearly tell by these pictures of her, she totally has a face for radio. But that's neither here nor there. I strongly suggest you checking out her articles on Judaism and Global Justice. or her blog that reveals to you the "*tips and tricks for the new (& broke) entrepreneur."

Cock around the clock...

The person who writes this stuff

Search this blog inside and out

SITES THAT OTHER PEOPLE MAKE